With the gradual popularization of charging electric cars, the operation of car charging also needs us to be familiar with, and mastering the relevant charging knowledge can sometimes play a big role.

1. Can the air conditioner be turned on while charging?

Answer: Yes.
1. For some vehicles, the system needs to be turned off before charging, and the air conditioner can be used after starting the vehicle after charging.

2. The new electric vehicle has no operation to turn off the system, and the air conditioner is not affected by charging and can be used all the time.

2. Does turning on the air conditioner during charging have any effect on the battery? 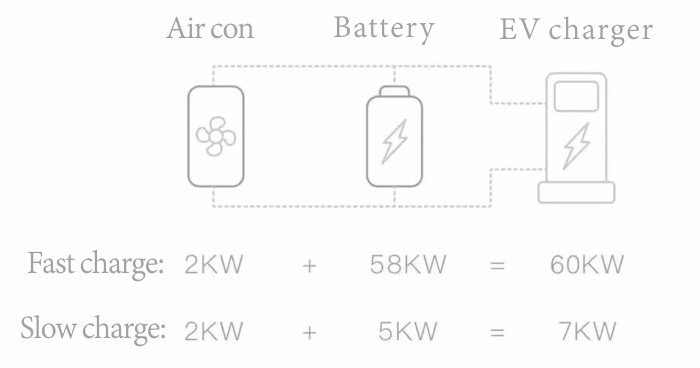 Comparing the power distribution data in the above figure, it can be seen that during fast charging, turning on the air conditioner has little effect on the charging speed, while it has a greater impact on slow charging.

3. Can it be charged in rain or snow or during thunderstorms?

2. Charging stations, EV chargers, lines, cars, etc. all have lightning protection designs, and it is safe to charge in thunderstorms. To be safe,
At this time, please stay in a safer room.

4. Can I sleep in the car while charging?

Limited by current battery technology, spontaneous combustion may still occur during charging. According to national standards, the battery will not catch fire or explode within 5 minutes after a thermal runaway occurs, so the occupants in the car can leave in time. It is strongly recommended not to sleep in the car while charging!

5. How much power is left to charge?

1. If the power is lower than 20%, it should be charged. If there is a charging pile at home, it can be charged at any time. Slow charging every day has no effect on the battery.

2. The electric car is just a tool, even if it is needed, it will not have any visible impact even if the battery is turned on to 0.

6. How much power should be charged?

A: Slow charge does not affect, fast charge to 80%-90% is better.
1. It doesn’t matter how much you charge slowly, it’s best to charge it.
2. Fast charging is recommended to be 80%-90%. Some fast-charging columns will automatically stop charging at about 95% to avoid overcharging.

3. The long-term low power will cause the battery to decay. If you do not drive for a long time (more than 3 months), please charge it 80% and park it. It is recommended to start the inspection once a month and charge the small battery by the way.

7. Can I pull out the gun without stopping charging?

A: No, please follow the following methods to draw a gun.

The quick-charge gun will make a “pop” sound when it is locked and unlocked
hint:
In the public charging pile, if you see that some cars have stopped charging, you can use the gun directly.
Tesla can’t, the door must be unlocked at the same time to draw the gun.

The quick charge gun will make a “pop” sound when it is locked and unlocked
hint:
In the public charging pile, if you see that some cars have stopped charging, you can use the gun directly.
Tesla can’t, the door must be unlocked at the same time to draw the gun.

3. When charging slowly, first unlock the car door, then press the switch of the slow-charging gun to pause for a few seconds, the slow-charging pile will also automatically power off, and the gun can be pulled out.

However, this operation is risky and may not be supported by some vehicles

8. What should I do if the gun cannot be pulled out after stopping charging?

A: Repeat the operation several times first, and then unlock it manually.

1. When it is found that the gun cannot be pulled out, first operate it several times according to the normal process, such as pushing it in and pulling it out, restarting the charging and stopping it later, or repeatedly locking and unlocking the door, etc.

2. If the fast-charging gun still cannot be pulled out according to the above methods, you can try to unlock it manually, as follows: 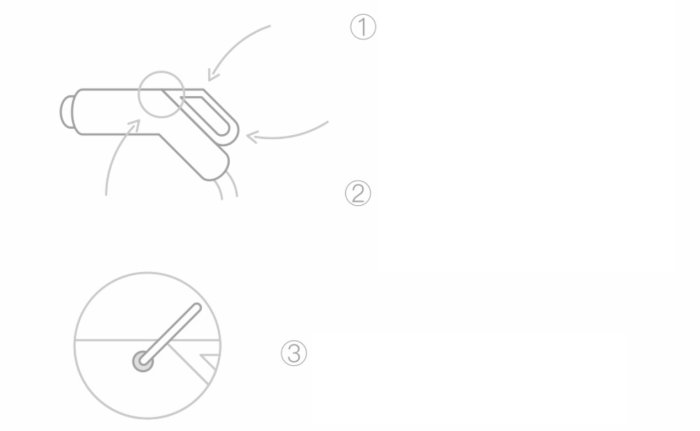 1. Find the unlocking holes at the positions indicated by the arrows and remove the plugs.

2. Note that some tips are equipped with special small keys or unlocking ropes
3. Use a screwdriver/small key/small stick to insert into the hole or pull the rope to unlock.

3. The slow-charging gun can also be unlocked manually. Generally, there is an unlocking rope near the slow charging interface in the car, which can be unlocked by pulling it. 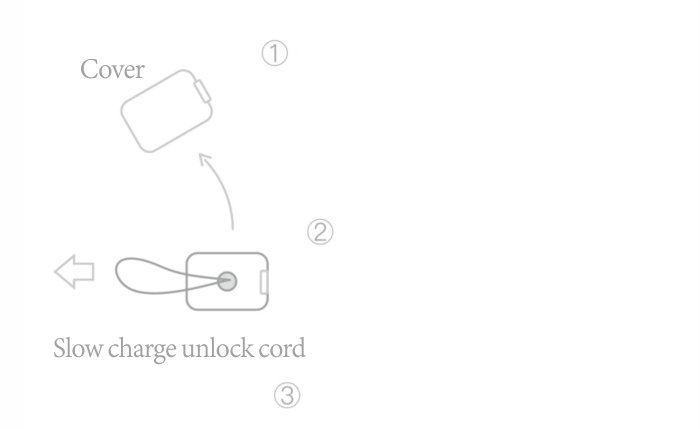 4. If the above methods do not work, you can contact the customer service of the charging pile to try to unlock it remotely, or the maintenance personnel can go to the scene to solve the problem. Please
Do not pull violently to avoid equipment or vehicle damage.

9. Will there be radiation from electric vehicles or charging stations?

Answer: There is electromagnetic radiation, but it has no effect on the human body.

As long as the intensity is lower than a certain intensity, it is harmless to the human body.

Low-intensity electromagnetic radiation is harmless to the human body.

2. The country has strict standards for electromagnetic radiation of various equipment.

The measured data shows that the electromagnetic radiation intensity of electric vehicles is lower than that of commonly used smartphones.

3. Only high-intensity electromagnetic radiation and ultra-high-frequency ionizing radiation are harmful to the human body, and it is necessary to keep a distance to avoid excessive exposure.
Such as TV transmission towers, large substations, X-ray perspective equipment in hospitals, etc.