What are the current Chinese electric vehicle and EV charging markets?

On the one hand, there are fewer charging piles than cars. The owners complain that they need to queue up to charge; on the other hand, the complaints of “don’t make money” by charging pile enterprises. A charging pile takes 3-5 years to recover the cost. Building more EV charging banks not only means that it is more but also means that it means more. Multiple costs may also lead to a further reduction in the profit level of the original EV charging pile.

At the same time, although the power replacement mode that has a different approach has the advantage of fast speed, it has never become mainstream.

For the majority of new energy car owners, charging anxiety will continue to trouble them in the future.

There is more than a week before the annual Spring Festival will kick off. For most people, what kind of luggage should be brought home, and what year gifts are brought to the family. However, for the new energy car owner, Mr. Liu, the first priority is to plan the return route and avoid the charging queue.

“Last year, it was charged in the service area for four hours. In order to save electricity, I dared not turn on the air conditioner, cold and anxious.” Thinking of the experience of queuing last year, Mr. Liu shook his head.
Not only the Spring Festival but every holiday is lined up in the highway service area to charge, it has become a nightmare for every new energy car owner. 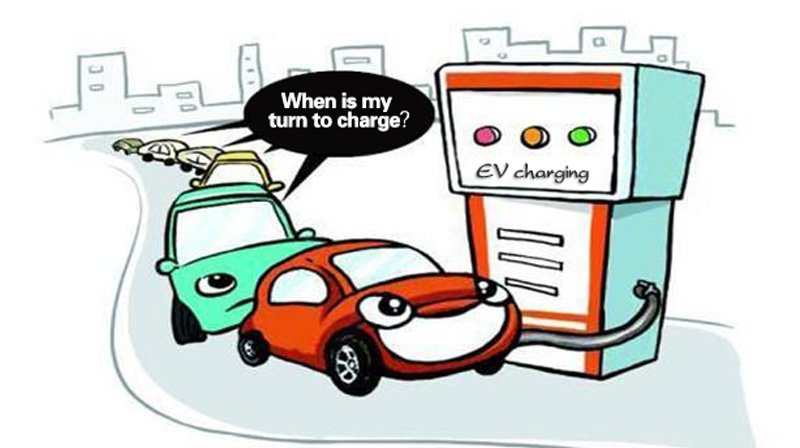 At the moment when the new energy vehicle industry is booming, supporting facilities have not kept up, especially the charging pile industry.

As of October 2022, China’s new energy vehicle had exceeded 12 million vehicles, the number of charging piles reached 4.7 million, and the pile ratio was 2.55: 1

It is worth noting that 4.7 million charging piles contain 3.02 million private charging piles, accounting for more than 64%. Based on the current comparison of car piles of public charging piles, it is difficult to make new energy car owners achieve “freedom of charging.”

However, many people in the industry have pointed out that China’s car piles have been at the forefront of the world.

At present, compared with the problem of insufficient public charging pile coverage, private charging piles need to be resolved to enter the community.

Most new energy car owners must be charging at home. Private EV charging piles are generally attached to the car, and the supply is not a problem.

But in the construction of private EV charging piles, the property has become the largest “blockbuster”. On the one hand, funding issues can easily lead to all parties. Whoever built the money in the early stage and the operating service fee returns will become the focus of controversy; on the other hand, many communities also need to be transformed by electrical appliances. To a certain extent, Fire prevention hazards cause trouble to property.

In addition, the endurance of new energy vehicles has also exacerbated the owner’s “mileage anxiety”, which further triggered the “competition” of EV charging piles.

The first domestic new energy tram bought by Mr. Xiao in 2017 was only 150-200 kilometers. It was necessary to charge it once for half a day. The long-distance orders did not dare to pick up.

“Later, the mileage of the new car reached more than 700 kilometers, but there were a lot of people who bought new energy cars nearby, and the charging queue time doubled.”  Mr. Su, who is also a new energy car owner, seems more serious: “As long as the remaining power is less than 30%, I will find a place to charge immediately, because I found two charging piles before they were charged, which caused the car to lie on the nest, and I could only call a trailer.” 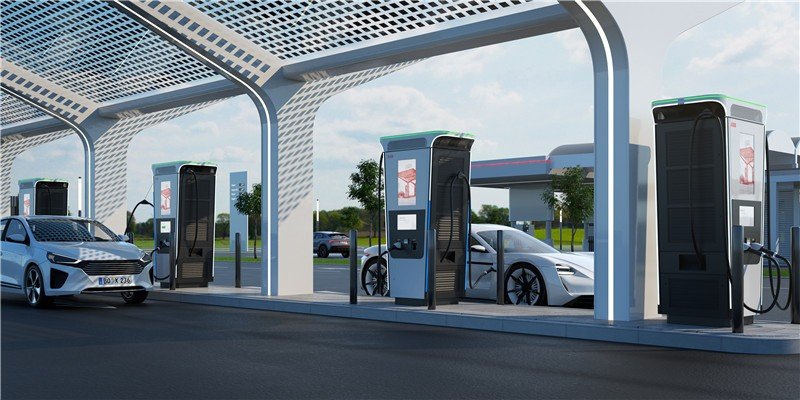 “Golden Mountain” is difficult to dig

The huge gap in charging piles made many investors smell business opportunities.

In 2014 alone, Treed spent 600 million yuan to set up a special call for the main charging business, and Fujian Technology, which focuses on charging facilities and operating business in the public domain, was established. Wanbang Digital Energy also established stars in Changzhou.

In 2015, the China National Energy Administration, the Ministry of Industry and Information Technology, and other departments jointly issued the “Guide to the Development of Electric Vehicle Charging Infrastructure (2015-2020)”, which clearly put forward the goal of “car pile ratio to approach 1: 1”.

Under the dual blessing of policies and markets, the charging pile industry has ushered in high-speed development.

According to the data of “Sky Eye”, the number of existing EV charging piles in China is 176,300.

From the perspective of geographical distribution, Guangdong, Jiangsu, and Henan rank among the top three, with 32,000, 19,000, and 17,000 enterprises, respectively.

Earlier, the British Securities Industry Research Report stated that the competition in the charging pile equipment was fierce and the market space exceeded 100 billion yuan.

It is estimated that the amount of charging piles will reach 16.54 million units by 2025.

Although the EV charging pile industry has a broad prospect, commercialization is not optimistic. In terms of practitioners, many charging pile companies are looking for “Golden mountain” to eat.

There are two main reasons why the EV charging pile market becomes difficult to excavate:

2. The return cycle of the charging pile is very long.

It is estimated that the cost of single pile equipment is 0.5 yuan/watt, and the cost of comprehensive construction is 1.3 yuan/watt. Assuming the utilization rate of single piles reaches 12%, then single pile rental income is 32,000 yuan/year. The investment recovery period is 4.9 years, and the service life of a charging pile is only 10 years.

If you build more charging piles, it means that the income of each charging pile will decline, and further lower the return on investment.

The dispute between the route is still the way to break the situation.

Recently, ten departments such as the National Development and Reform Commission and other departments in the “Implementation Opinions on Further Improving the Sales Protection of Electric Vehicle Charging Infrastructure” not only proposed the goal of meeting more than 20 million electric vehicle charging needs, but also stated that it is necessary And promotion.

Power replacement, that is, to complete the power replenishment by replacing the battery. The biggest advantage of power exchange is fast, with an average length of 3-5 minutes, solving the problem of replenishment pain points with long charging time and longer queue time.

The power change station can also perform “fast detection” for each battery replaced. It can be treated and solved in time for the depression, damage, and drum bags of the battery.

In fact, since the beginning of the birth of new energy vehicles, there are two major technical routes of charging and power replacement. In the end, it is still more widely used in charging.

In the power change mode, the construction cost of the power station is more than 1-3 times that of the same volume charging station. The power-changing station covers a larger area and often requires 3-4 standard parking spaces and reserves 1.5 times the battery of the service vehicle.

Zhang Jianping, co-chairman of Olympic New Energy, once said that the company’s first power station’s construction cost was as high as 6 million yuan, which can serve 100 vehicles. Later About 10,000 yuan.
In addition, many car owners cannot accept power exchange from their personal emotions.

When Mr. Liu bought a car, the salesperson recommended a “battery rental service”, which can significantly reduce the cost of car purchase, but he rejected it: “Car battery is not a shared charging treasure. As the core component of the car, the battery must be held in itself. Only in my hand. ”

And in the power change mode, every time the owner faces strange batteries does not understand their attributes and does not know the specific range of mileage, it is difficult to grasp when to change the electricity. Anxiety.

Some people in the industry pointed out: “In the long run, the power exchange will still be limited to the application of specific scenarios and areas, and will not become the mainstream mode. According to different situations, the combination of energy -replacement and power replacement is the most feasible way. of.”