Whether the design of the gas station is reasonable or not has a close relationship with the normal use and safety of the fuel dispenser.

The design of the gas station should meet the requirements of China GB50156 “Design and Construction Specifications for Automobile Refueling and Gas Stations”, The matching design of the fuel tanks and pipelines of the gas station should be entrusted to the local qualified design department to design and obtain the approval of the local public security fire department. 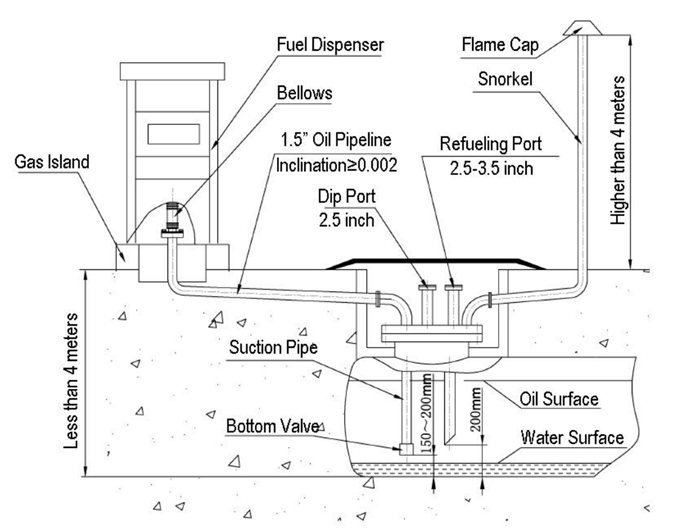 Figure 1 shows the connection diagram of the self-priming pump fuel dispenser and the oil tank. It is only for the reference of the user and the design department. The design and construction should be carried out in accordance with the relevant provisions of the national standard, GB50156. 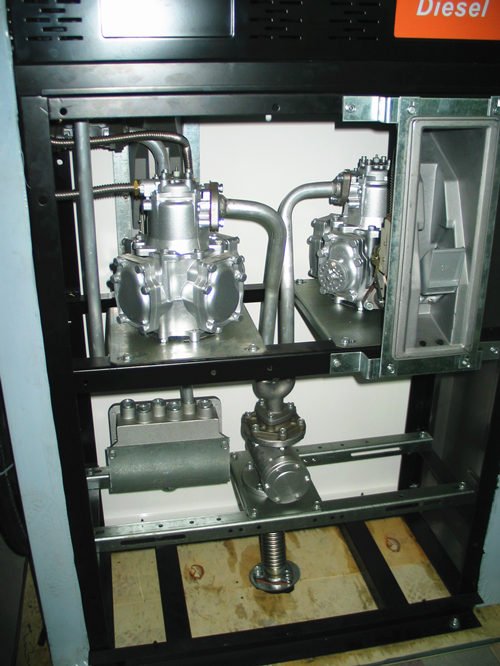 3. The installation position of the fuel dispenser should be pre-buried with four M14*130 anchor bolts, and a pit between the four anchor bolts for withdrawing the fuel inlet pipe, power cable, and grounding wire, and petrol station computer. Control lines, etc. The size and depth of the pit depend on the specific conditions of the pipeline. However, it should be noted that the distance between the edge of the pit and the anchor bolt is not less than 50mm, and the pre-embedded anchor bolt should be 60mm above the water level of the fueling island.

5. The oil pipeline connecting the fuel dispenser and the oil tank should be a 1 1/2 inch seamless steel pipe. When laying, the pipe diameter should not be increased or decreased arbitrarily. Minimize unnecessary elbows in the middle and minimize the “right angle” type. Elbows, the inside of the pipeline must be cleaned.

7. The connection of each section of the oil pipeline shall be sealed and reliable. The ends of the flange connection shall be connected to the conductors. The entire tank and piping system and the oil machine shall have a good grounding, and the pressure test shall be carried out according to the national standard GB50156. The trench should not be buried and the tank should be filled with oil before.

9. Fuel dispensers should avoid the use of semi-ground tanks, above-ground tanks, or high tanks. Because as long as the oil in the tank is higher than the separator, the exhaust pipe will have
oil overflow, causing unnecessary loss to the oil station and increasing unsafe factors.

10. When one oil tank supplies oil to two or more oil pumps, each oil pump should have a separate oil supply line, and one oil supply pipe is not allowed to supply oil to multiple oil pumps.

11. The joint device of anti-static and anti-inductive lightning should be installed at the beginning and end of the oil pipeline. The grounding resistance should be less than 30Ω. When laying,
consider anti-corrosion, anti-freeze, and sun protection. Generally, it should be laid below 450mm from the ground.

12. After the newly laid pipeline is installed, the debris, iron filings, and other debris in the pipeline should be cleaned and tested, and then the tanker should be installed to prevent the dirt from
entering the tanker and damaging the machine, or causing by leakage. The tanker is not working properly.

The above is das station fuel dispenser Installation. If you have any questions, please leave a message to us, and we will answer you as soon as possible.