The controller of the LNG regasification Station is to be composed of an explosion-proof cabinet, PLC, touch screen, isolation safety barrier, 24V switching power supply, 485 collector, intermediate relay, buttons, and indicator lights. The working power supply of the controller is 220V AC, and the working temperature is 0℃-55℃. 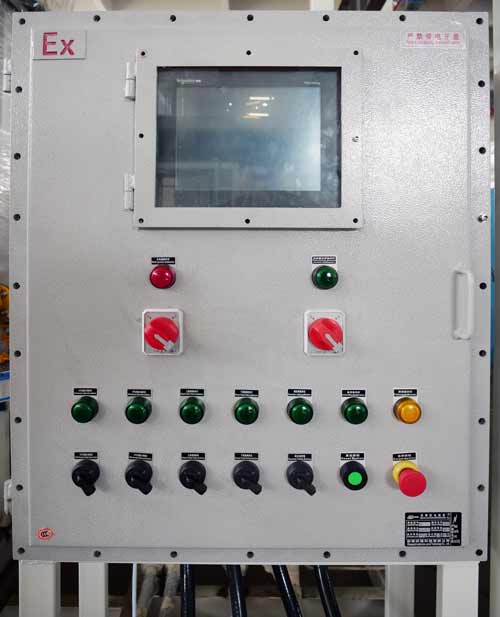 The controller can be divided into two parts, the first part is the button control and indicator display part, and the second part is the touch screen control and monitoring part.
The button control and indicator light display part include the controller’s main power button and indicator, which are used to control the switch of the controller’s main power supply and display the power-on status of the main power supply. Contains the odorizer power supply and indicator light, which is used to control the switch of the odorizer power supply and display the power status of the odorizer power supply. Contains valve operation buttons and indicator lights used to control the opening and closing of each valve and display the status of the valve opening and closing. It includes a reset button, a fault indicator, and an emergency stop button. When a fault occurs, an alarm is generated and the processing is completed. The reset button needs to be pressed. When there is an emergency event that needs to cut off the power supply, the emergency stop button needs to be pressed.
The touch screen control and monitoring part only contain a touch screen. The touch screen displays the real-time data of each sensor, the data of the flow meter, record each error message, and can also control each valve.
Remarks: After the equipment is commissioned and shipped from the factory, the parameters will be set to default values, and there is basically no need to set them after leaving the factory. The touch screen will be covered with an explosion-proof glass cover, under normal circumstances there is no need to operate the touch screen. 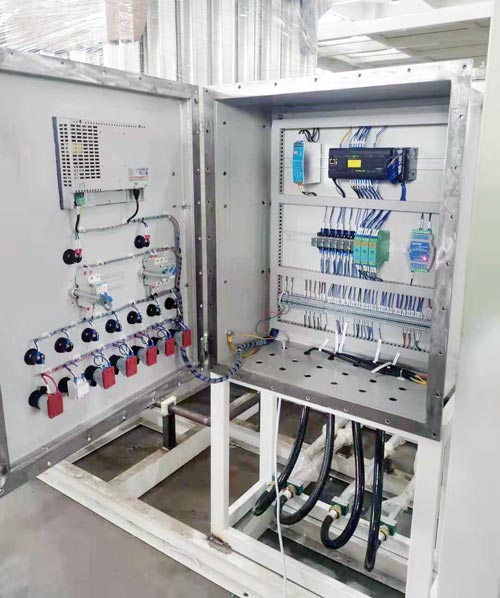 The main power button, valve control button, and odorizer power button on the controller have two states: on and off, and there are corresponding indicator lights above the button. The button points to the left to indicate that the button is off and the indicator light is off. Pointing to the right indicates that the button is on and the indicator light is always on. The emergency stop button has two states: up and down, and both are in the upstate by default. The reset button has only one state, and it will automatically reset after being pressed.
When the controller is powered on, it must be noted that the emergency stop button must be in a pop-up state. If you encounter an emergency, you can press the emergency stop button to cut off the power supply. After confirming that the emergency stop button is in the pop-up state, turn on the controller’s main power button and the corresponding power indicator should be on. Then when the odorizer is turned on, the power indicator of the odorizer is always on, and the odorizer is running. It should be in the power-on operation state all the time during the process. Do not do any operation within the 20s-30s when the controller is just powered on, because the PLC is in the initialization state. After the PLC is initially controlled and powered on, the real-time data and alarm errors of each transmitter will be displayed on the touch screen. If there is an alarming error, the fault indicator will always be on. You need to eliminate the error before pressing the reset button to clear the error. The user manually controls the opening and closing of the valve button according to the current operating conditions of the device. Each operation of the valve button corresponds to the actual opening and closing of the valve of the device. At the same time, the touch screen will also display the animation process change of the corresponding valve. You can also check it on the touch screen. The valve opens and closes.
Remarks: There are two modes of valve operation, one is button operation, and the other is an operation on the touch screen. The factory default is button operation. If there is no button failure or damage, basically use the button to control the valve. If the button cannot be used, switch the operation mode on the touch screen and use the touch screen to operate the valve. 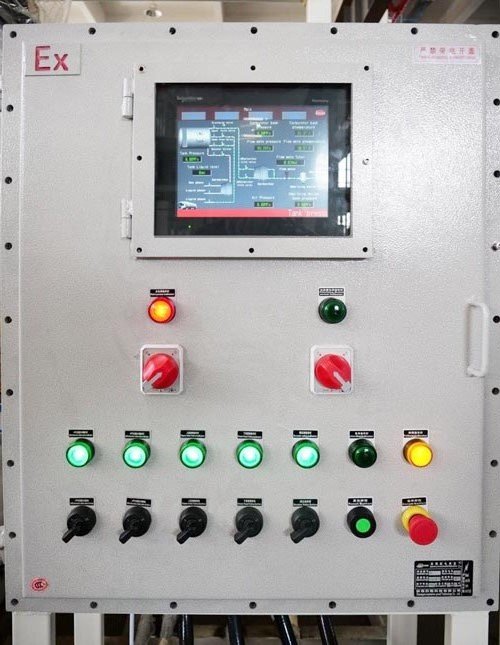 The main interface is drawn with a simple animation diagram of the process flow, which actually displays the data of each sensor (such as storage tank liquid level, storage tank pressure, etc.), and real-time display of various data of the flow meter (total flow meter, flow meter temperature, etc.). When a valve switch command is generated, the valves and pipelines on the flowchart on the main interface will also have corresponding animations. 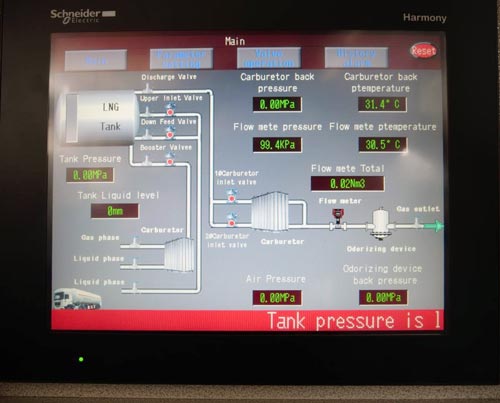 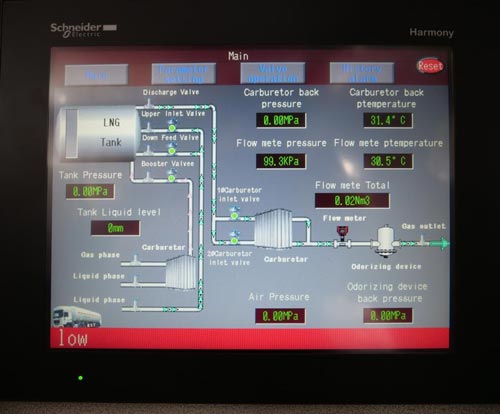 The parameter setting interface is the interface for setting and displaying all sensor data on the device. The parameters that need to be set are upper range, lower range, alarm high limit, and alarm low limit. Remarks: The default parameters will be set after the factory is commissioned, and basically do not need to be changed. 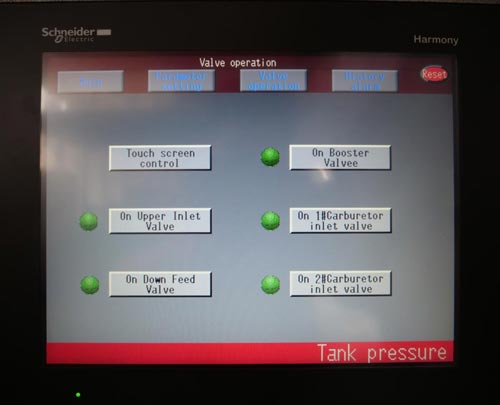 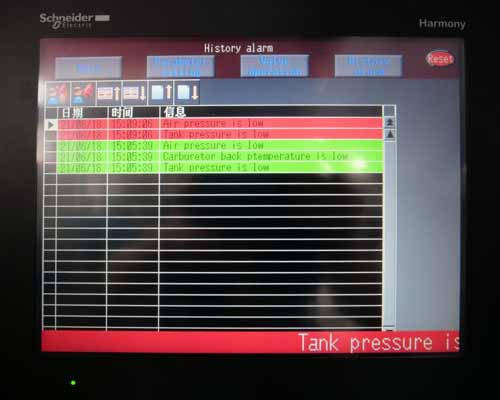